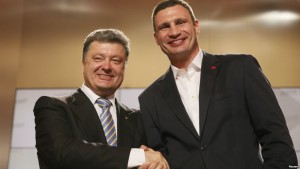 One of an elected officials primary focuses is keeping up appearances. Half of their job is maintaining an image that the public finds pleasing. They shake hands, kiss babies, make appearances at events and do a lot of smiling, and it is indeed appealing. But what the public does not see is that this routine of keeping up appearances can cause stress. This is not because public officials are secretly bad people. It is because they are normal people who have flaws and can become exhausted with always trying to cover them up.

All elected officials are acutely conscious of their public image. Every time they do something and any member of the public is around to see it, they have to think about how what they are doing would be represented to their voting public. Even the most moral of people can fall into bad circumstances in this role, even if it is merely due to an event being misinterpreted and misrepresented. This leads an elected official to scrutinizing their own behavior constantly.

Even to the sturdiest politician, this constant dance with public image can become stressful. Anything about them that can end up in the media has the potential to be twisted and misconstrued, and it can lead to a state of paranoia for the politician. The natural human response to this is to express some of their stress, but with cameras and news people constantly prying, releasing stress can be impossible at times.

The unfortunate thing about this predicament is that it often leads to a purging or binging of bad behavior on the elected official’s part. It is frequently the case that one can only keep their imperfections bottled in for so long before they come out with a vengeance. This is why we so frequently see politicians acting out with incredibly bad behavior, and we think to ourselves that if anyone should know better, it is them. But before you judge a politician, consider the expectations on their shoulders and ask yourself if the politicians you see in the media making mistakes are unhealthy or just human. 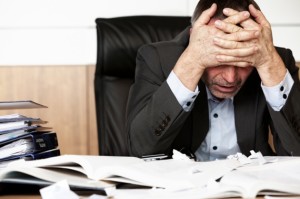 One of our unspoken but always present criteria for an elected official is good mental health. This is criteria we expect of any working professional, but perhaps none more so than those we elect to public office. Elected officials are responsible in many ways for the well being and quality of life of the people in their jurisdiction. People elect public officials trusting that they will represent their interests in an intelligent, sound way. Voters would recoil from a candidate who demonstrated mental health problems.

This is a fair requirement. An elected official who is not mentally healthy would not be capable of making sound decisions that represent the public’s best interest. Anyone who is mentally unhealthy struggles to make good decisions. Being mentally unhealthy means that you do not perceive things correctly. You interpret things in an unrealistic way that is not based in reality but is based in your own unhealthy thought patterns. It is not too much to require that our elected leaders have good mental health for sound decision making.

Having said this, we also need to remember to be reasonable in what we expect from elected leaders. Some people forget that elected officials are still human and hold them to a standard of perfection that is unattainable for anyone. This is not a healthy or reasonable standard to place on a person.

It is important that we define a fair standard of mental health for our public officials. We cannot elect people who are unstable or in danger of poor decision making. Yet we also cannot expect sheer perfection from our elected leaders. We must find a reasonable compromise. It is true that an elected official should have a very strong history of mental health and should be held accountable for evidence that suggests otherwise. But an elected official also deserves privacy and should not have every element of their personal lives scrutinized. There is a point where defining mental health standards becomes very subjective and is unreasonable to apply to an elected official of any kind.