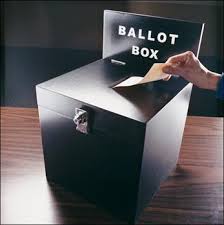 The public’s opinion of elected government leaders who struggle with addiction is similar to their opinion of anyone who struggles with addiction, but more heightened. Unlike other members of the community, elected officials are responsible for the well-being of the voting public they represent and are therefore held to a higher level of accountability when it comes to sobriety, clear-headedness and good decision making. Many consider addiction to be a character flaw that is unforgiveable of a public official.

The concerns that are raised about an elected official who struggles with addiction are numerous. Elected officials are role models for young people and those aspiring to be in public office, and when their addiction is known to the public, it sends a message that being addicted is acceptable behavior. Frequently, addicted public officials will do anything to keep their addiction a secret and become very dishonest, even to the point of leading a double life. Addiction also promotes distraction and an inability to prioritize, which are associated with bad leadership. Logistically speaking, if an elected official is addicted to something illegal, it means they are connected to criminal activity, which is very counterproductive to good political motives.

Removing addicted elected officials from public office is certainly the most extreme way of keeping addiction out of public office, but there is debate over whether or not it is the most effective way. The public must consider that addiction is classified as a disease, and diseases are eradicated through treatment, not punishment. Though keeping an elected official in office can certainly be considered a risk, consider the success that other professions have seen when the addicted professional receives treatment while keeping their position. For example, in the case of addiction problems in the oil industry, oil companies are choosing to rehabilitate hard-working, talented employees rather than just firing them to minimize losses.